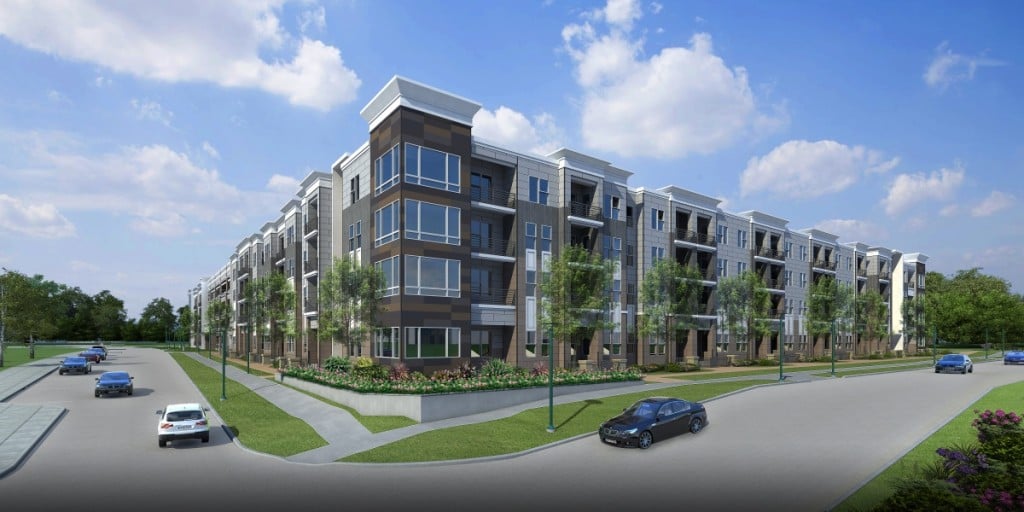 Prominently located at Interstate 64 and Brentwood Boulevard in Richmond Heights, Evo is a new $54 million luxury apartment community featuring 281 one- and two-bedroom units within a four-story complex. This project is the first of four phases of development for real estate services firm Draper and Kramer, Inc. of Chicago. The second phase will include an additional 46 units.

Groundbreaking on the first phase took place in September and the second phase kicks off later this month. Both phases are expected to be complete by the end of 2016.

Doug Weber, Holland’s director of multi-family housing, said one of Evo’s unique construction and design features is a 4½-level parking garage that will allow direct access from each level of the apartment building.

“The apartment units will wrap around the parking garage on the north, east, and south sides of the parking garage,” said Weber. The complex will feature a sky deck, saltwater pool, outdoor kitchen areas, fire pits, and a dog park. 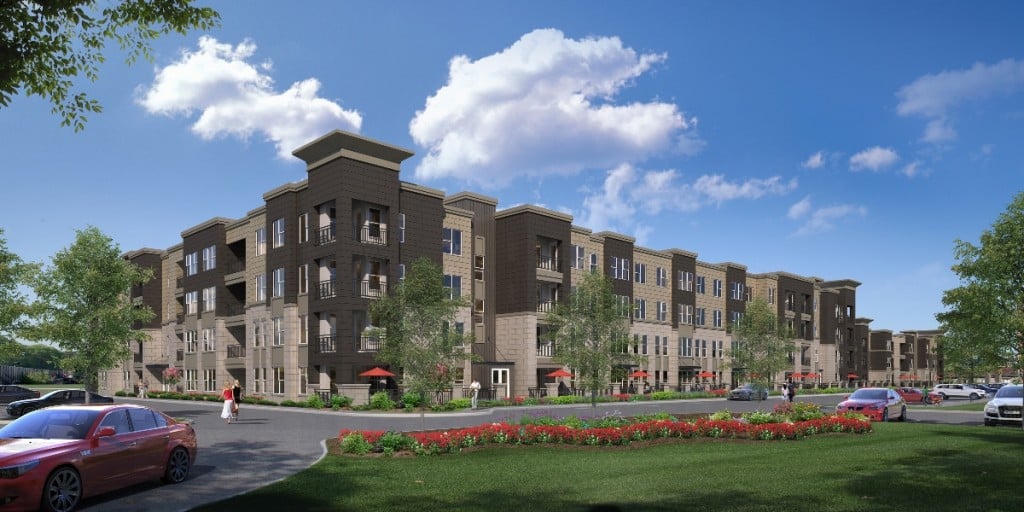 Holland has also started construction on The Residences at Sunset Ridge located at I-270 and Manchester Road in Des Peres. TriStar Properties and Propper Construction Services have partnered in developing this new $49 million luxury apartment community.

The complex will feature 254 units within multiple structures. Amenities include a two-story clubhouse, an infinity edge pool, a wine storage area, spa, fitness and business centers, and covered parking.

Weber said Sunset Ridge will be turned over in three phases. The first set of units will be ready in August, the second set in December, with final turnover scheduled for January 2017.

Humphreys & Partners Architects, headquartered in Dallas, Texas, is the architect on both projects.