A groundbreaking ceremony was held last week at the Wolf Branch Middle School construction site for the new Veterans Plaza. Located on the east side of the school, the Plaza is designed to honor those who have served in the six branches of the armed forces.

Jim Wilson, retired Veteran and President of the Veterans for Wolf Branch Committee, said the idea for the Wolf Branch Veterans Plaza began in late 2019, following a Veterans Day Salute hosted by the school. Then the pandemic placed everything on hold.

Wilson said the committee has been soliciting pledges to fund the construction of the Plaza.

“No taxpayer funds are being used to construct the Veterans Plaza; it is being funded entirely by donations from the local community,” said Wilson. “While we have not yet reached our funding goal, the Veterans for Wolf Branch Committee would like to thank all who have so far given generously to support this effort.”

The plaza will consist of the flags from each of the branches of the military, a large monument dedicated to all past, present, and future Veterans, and an area for visitors to reflect on the services of all veterans.

The Plaza was designed by Ittner Architects and is being constructed by Holland Construction Services. Holland is also continuing the addition and renovation construction project at the Middle School. Both projects are scheduled for completion this summer.

For more information on the Wolf Branch Veterans Plaza or to make a pledge, visit wolfbranchveteransplaza.com. 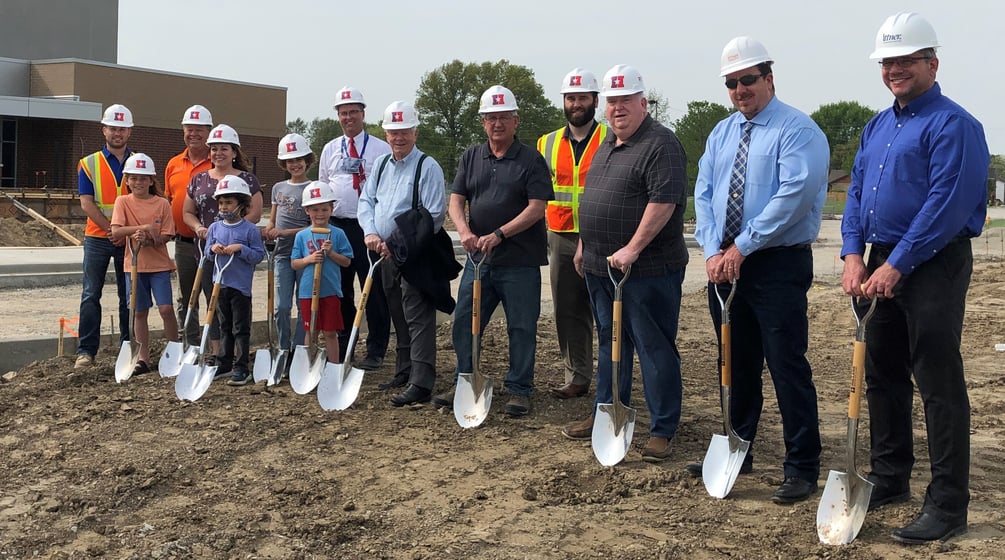