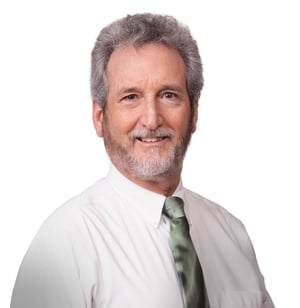 Jim Riess, Vice President of Estimating at Holland Construction Services, retired last month after 34 years. Riess was one of the original employees to join the Swansea-based company 34 years ago, which has grown to one of the top 15 contractors by revenue in the St. Louis area. Holland founder and CEO, Bruce Holland, said Riess’ integrity and work ethic is what led him to ask Jim to join him in starting Holland Construction, and his influence on others continued to play a tremendous role in building Holland into what it is today.

“Jim was, without a doubt, the best conceptual estimator I have ever been around,” said Holland. “His ability to ask the right questions, listen carefully to the answers and put together numbers and estimates that leave no stone unturned, was truly remarkable. But Jim’s value to our company goes far beyond what he brought from a business perspective. He’s a funny, God-respecting person with the highest integrity who always took the time to build relationships with our clients, subcontractors and fellow employees. He helped infuse those values of treating others as you would like to be treated, into the culture of our company.”

In his position as Vice President of Estimating, Riess was responsible for preparing initial cost opinions (sometimes literally off a napkin sketch), analyzing and maximizing project budgets, evaluating alternative construction systems, and communicating with Holland clients throughout the design process to ensure the final design met the construction budget.

“What stands out to me about Jim is his attention to detail and his ability to know how to always prepare preconstruction estimates that were very thorough and left absolutely no room for surprises,” said Mike Marchal, President at Holland Construction Services. “One of the best legacies that Jim is leaving at Holland though is his ability to teach other members of our team and the preconstruction department his same methods of doing business. He’s been an excellent mentor and good friend to all of us.”

Riess retired from Holland with nearly 50 years of construction industry experience, starting his first job in construction at 15-years-old. In retirement, he plans on traveling with his wife, visiting with his 10 grandkids, and continuing a legacy of giving his time back to the community.

"I have been blessed to have had an incredible career with Holland,” said Riess. “Over the past 34 years at Holland, I very seldom had a moment where I said, 'I don't want to go to work today.' Part of that was the culture that was created at Holland, the people who work there, the challenge of the job and just doing something I loved every day. I'll miss it, but Holland has become an extension of my family and I will stay in touch with them."