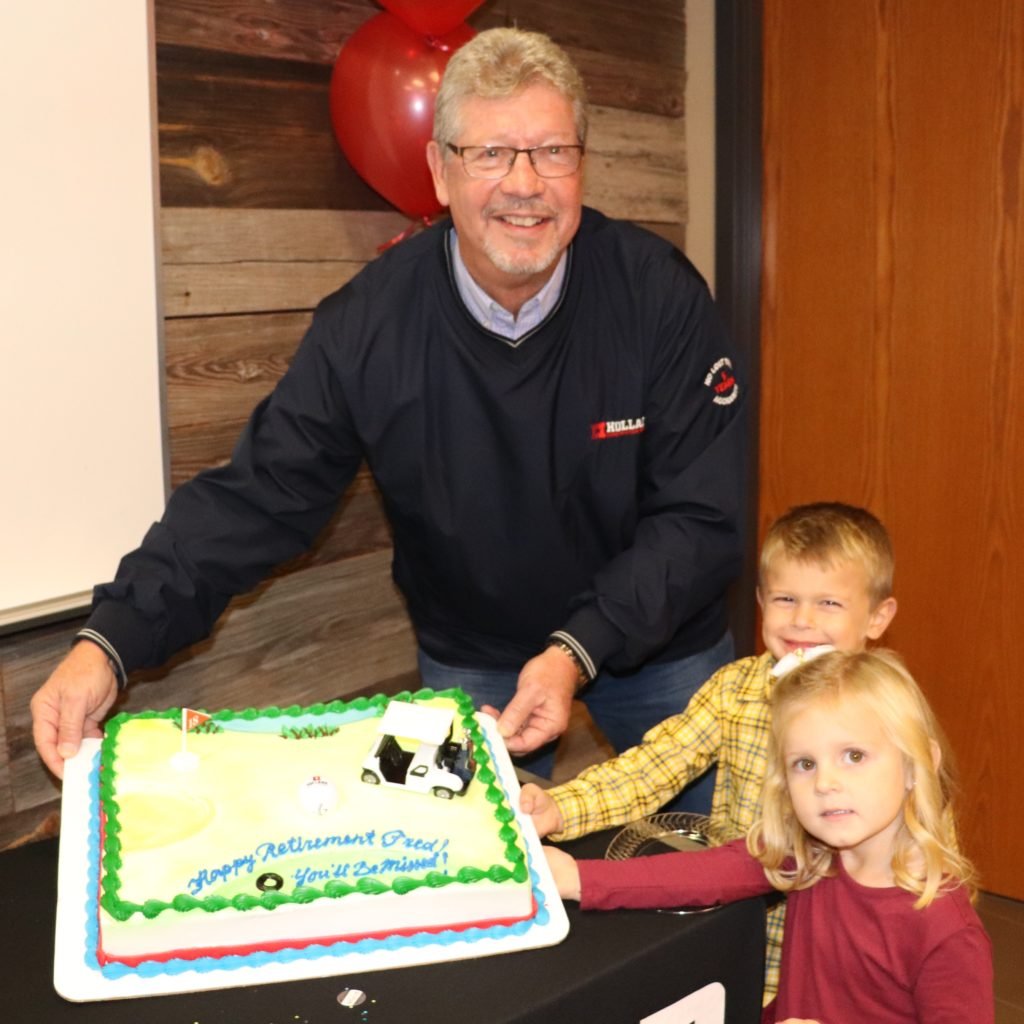 Trenton, Ill. resident Fred Dintelman is embarking on a new chapter in his life following his retirement Nov. 3 from Holland Construction Services (Holland) in Swansea, Ill.

Dintelman worked since 2005 as a senior project manager for Holland.

A former teacher, baseball coach, basketball coach, and college baseball champion, Dintelman’s career path that led him to the construction industry was less conventional than most. Working summers as a residential carpenter for his uncle during Dintelman’s college years provided the young Western Illinois University student with his initial construction experience.

Education, however, was Dintelman’s academic pursuit. While earning a bachelor’s degree in education at Western, he also excelled in baseball, achieving two career batting records and American Legion Baseball Player of the Year in 1968. Dintelman also earned a master’s degree in athletic administration, initially seeking work as an athletic director or work for a professional sports team.

When a job opportunity to teach and coach opened up in the small Central Illinois town of Onarga, Dintelman’s education career began. After two years, he sought to return to the Metro East and accepted a position at New Athens High School as an instructor and assistant baseball and basketball coach. New Athens High won the state baseball title in 1979 while Dintelman coached there.

Although his passion for education was clear, state and district budget cutbacks influenced Dintelman’s decision to ask his uncle for another opportunity as a carpenter. Unlike his college days when he worked on a permit only, this time Dintelman joined the union and worked for four years to complete an apprenticeship and became a union carpenter. But by the mid-1980s, the economic recession caused a slowdown in construction; Dintelman heeded his uncle’s advice and sought other work. This time, however, he remained in the construction industry.

“I saw an ad for a project manager position at Poettker Construction in Breese, so I applied and was hired,” he said. “I worked for 19 years in that job and was Poettker’s very first project manager, eventually working my way up to vice president of project management.”

In 2005, Holland recruited Dintelman. But his path had crossed with several Holland employees years earlier, including that of Mike Marchal, current president at Holland. Marchal remembers meeting Dintelman for the first time through their high school-aged children who were both involved in theater. “In the late 1990s, my wife was the theater director at what was then Wesclin Senior High School in O’Fallon (Ill.),” said Marchal. “Fred hosted the cast party at his home. I was a brand-new project manager at Holland but already knew of Fred because he had a great reputation in construction and in the community. I was feeling intimidated about meeting him that night, but when I walked in the door, I immediately realized I was in the presence of a very likable gentleman. Words I associate with Fred are integrity, a can-do attitude, humility and a true family man.”

Dave Birk, executive vice president and chief operating officer at Holland, echoed Marchal’s words about Dintelman. “Fred is a quiet, stable sort of a guy,” Birk said. “He has been a tremendous resource for the younger members of our company. Fred’s talent as a teacher has been evident in the way he has mentored many of our people and also in the strong, genuine client relationships he has built and nurtured during his years here. Our business is challenging. Fred’s approach to bringing people together in search of reasonable solutions has been a winning strategy, and Holland Construction has benefited greatly from his time here,” he added.

Holland Project Engineer Miranda Stevens can attest to the quality and sincerity of Dintelman’s guidance. “When I had just begun working for Holland, Fred onboarded me, showed me the ropes and slowly let me take over all aspects of the job we were working on together,” Stevens said. “Fred is the most honest person you’ll ever meet. If you don’t know him, you’re missing out. They don’t make them like Fred anymore.”

Dintelman said he is looking forward to spending a lot more time with his wife and their six grandchildren, and also having the time to enjoy traveling and golf.

Marchal said it will be difficult to adjust to an empty office two doors to the right – the very one Dintelman occupied for 12 years. “The legacy of what Fred leaves behind includes servant leadership and a whole lot of mentoring those around him. Fred’s unwavering work ethic could regularly be seen when putting his head down and working hard, whether it was during the week or weekends, to meet a project deadline. He never hesitated to take time to mentor our people. Even during the final weeks of his career, it was really neat to watch Fred taking younger colleagues under his wing to ensure that their transition in serving clients and projects transpired as smoothly as possible. Fred truly is a friend to all of us. He’s irreplaceable.”

Fred’s legacy will be the lives he has touched throughout his career and the impact he has made on those that have learned from him. Fred will always be a part of the Holland Family, and the entire Holland Team wishes him well in his retirement.