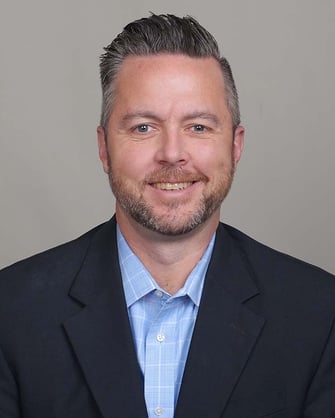 Holland Construction Services is proud to announce it has hired Scott Hendricks to serve in the newly created position of Vice President of Industrial. Hendricks has spent nearly two decades in the construction industry, including an earlier stint at Holland in the pre-construction department. His experience includes pre-construction and estimating, project development, and client relations.

Holland’s President Mike Marchal said they decided to create this position based on the increasing amount of industrial construction work Holland is managing, including the most recent project for Volpi Foods’ new 87,000 square foot meat slicing and packaging facility.

“Scott’s return to Holland has been a blessing for our team,” said Marchal. “Scott was with us for seven years and has since amassed a wealth of knowledge and expertise around not just the industrial market, but the construction business in general.  We are excited to have Scott’s leadership to grow our industrial division and to help us provide an even better experience for all our clients.”

“My goal in this role with Holland is to use my connections with industrial construction teams across the country to grow, maintain and expand Holland’s relationships,” said Hendricks. “The industrial market is growing, and Holland Construction Services is rapidly expanding into new markets. My role will be client-focused and work on coordinating projects between the operations team and the developer.”

Hendricks will be working in Holland’s new St. Louis office which is set to open this fall. He is one of 25 new team members Holland Construction Services has added this year, with another 15 expected to be added by the end of 2022. The company has reached several milestones this year including record revenue and a record number of new employees.