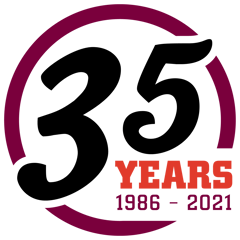 Thirty-five years ago, Holland Construction Services began as one man’s vision to build a construction company based on integrity, trust and long-lasting relationships. Today, the company has grown to become one of the most respected and sought-after contractors in the St. Louis region and Southern Illinois.

Founder and CEO, Bruce Holland, began the company in 1986 as a full-service general contracting company, and quickly grew as one of the Midwest’s pioneers in the Construction Management delivery method. His goal was to give honest bidding, transparency, and in turn, develop trusted relationships with both his clients, and the subcontractors and architects they worked with.

“A core part of our business philosophy from the beginning was handling projects with integrity,” said Holland. “Over 35 years, 90 percent of our business is repeat clients. I think that’s because our team always operates with empathy by putting ourselves in our clients’ shoes, and making sure we are listening to what is important to them, whether that be a completion date, or something that has historical significance. We deliver without excuses and make it happen.”

Part of the company’s success can be attributed to its adaptability. Over the years, the company’s areas of expertise have continued to evolve and expand from primarily retail projects in the beginning, to schools, healthcare facilities, multi-family, senior living, recreation, public safety, and industrial projects. As a result, the company now has a footprint throughout the St. Louis and Southern Illinois region on a variety of significant developments. Several high-profile projects completed in the past few years include the new 144-bed HSHS St. Elizabeth’s Hospital and medical office building (MOB) and new 94-bed Memorial Hospital East and MOB both in Illinois; Volpi Foods new meat slicing and packaging facility in Union, MO; numerous luxury apartment complexes across the St. Louis area (Whispering Heights in Edwardsville, Villages of Twin Oaks, Chroma Apartments near downtown St. Louis, and Encore at Forest Park); recreation complexes for the cities of Bridgeton and Fairview Heights; and senior living communities in O’Fallon, IL as well as in the Cincinnati and Columbus, Ohio areas.

“We have a growing Virtual Design & Construction (VDC) Department that has played a vital role in our ability to tackle larger, more complex projects,” said Mike Marchal, Holland President. “Over the years, our adoption of technology across all departments has allowed us to catch issues before they become problems and to deliver on our clients’ objectives with certainty.”

Consistently rated among the “Best Places to Work” (St. Louis Business Journal), Holland fosters a family-friendly culture and has introduced unique programs throughout the years to encourage a work/life balance. In 2016, as part of their 30-year anniversary, Holland introduced a 3-week paid sabbatical program available to employees for every five years at Holland, along with a stipend to use for their trip. Additionally, in keeping with Bruce Holland’s life-long personal commitment to community philanthropy and involvement, Holland encourages volunteerism and opportunities to give back, establishing the Holland Employee Charitable Foundation (HECF) several years ago with the mission of helping others in the community. The firm’s charity golf tournament, The Klondike Klassic, has raised more than $225,000 for local charities, now topping $25,000 annually.

“There has been a world of positive changes since we started the company but the thing that impresses me the most is the quality of people we have and watching them grow and expand their careers, “said Holland. “The special culture we have created here has allowed for the planned growth of our people and our company, year by year, while also creating an environment where individuals can grow professionally and have the ability to give back.”

Holland is led by founder and CEO Bruce Holland, President Mike Marchal, and Vice President & Project Executive Doug Weber. Marchal, who joined Holland in 1997 and became president in 2011 after working his way up through the ranks, believes all the important ingredients are in place for continued growth nationally.

“We are in the process of finalizing plans to open an office in St. Louis this year,” said Marchal. “Also, based on our previous work with several clients who are also expanding their businesses, we have opportunities for strategic growth in other areas around the country including Ohio, Tennessee, Florida and Arizona. We are a growing company, but our reputation of integrity, creating opportunities, and helping our community are the lifeblood of our business and Bruce’s legacy, and that won’t ever change.”