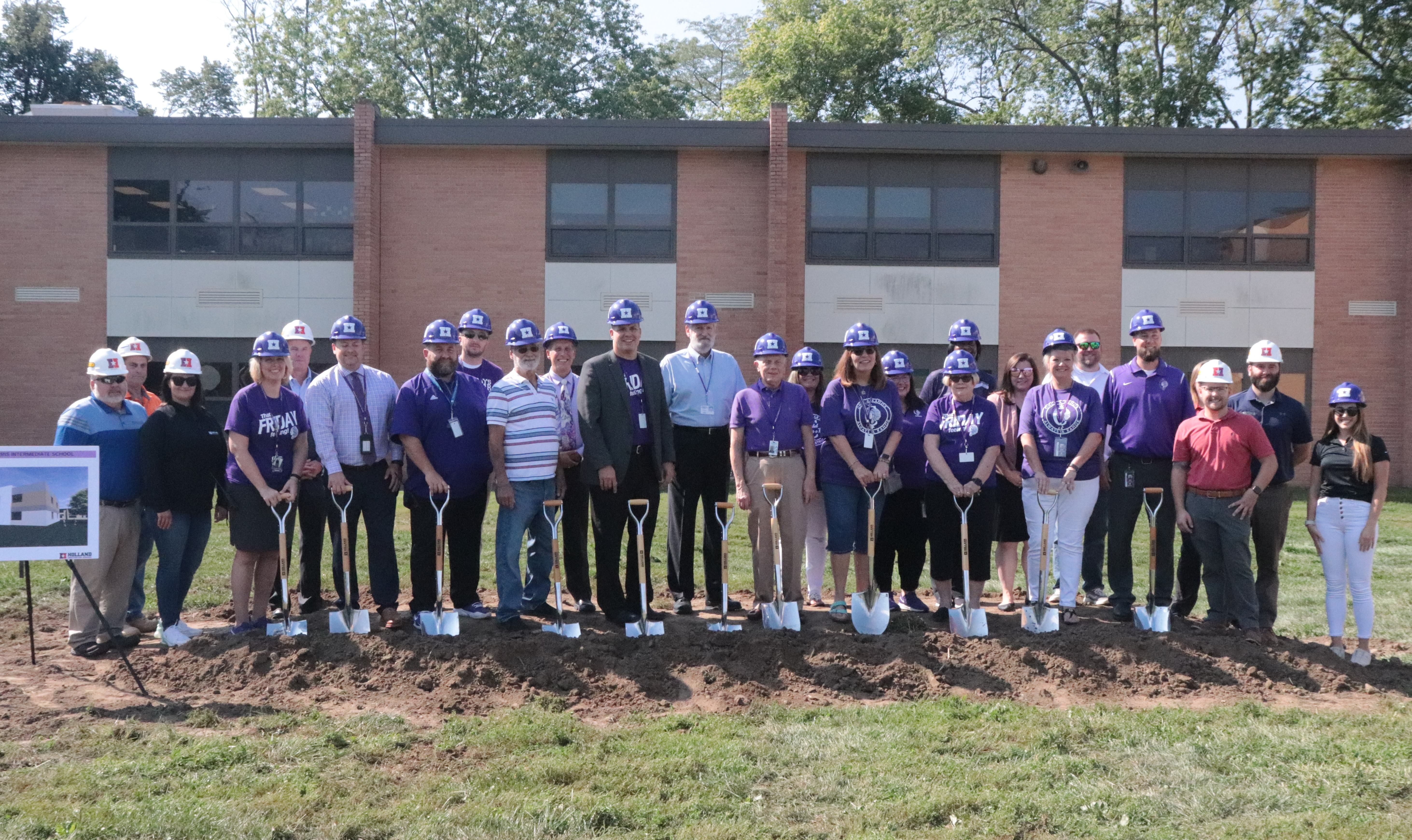 Holland Construction Services recently broke ground on a $6 million expansion and renovation project at Dorris Intermediate School in Collinsville, Illinois. Construction work on the existing school, which was built in 1962 and has a current enrollment of roughly 1,000 students, is set to begin the first week of September and has a completion date in the fall of 2023.

“This expansion will give our students the additional space they need to learn and grow in the classroom along with additional space for some of our students with higher needs,” said Collinsville Community Unit School District 10 Superintendent Dr. Brad Skertich. “The district felt Holland would be the best fit for this project because of their previous work and reputation. We have been incredibly impressed with their open communication, keeping us aware of every step in the process and we’re very excited to get started.”

The 14,000 square foot expansion consists of a two-story addition to the existing school which will include eight new classrooms, four restrooms and a therapy room. The remodeling portion of the project will consist of ceiling replacements throughout the entire building along with a reconfiguration of administrative areas. Construction on the expansion project is set to begin immediately while the remodeling portion will be done next summer when students aren’t at school.

“Communication with the school district is extremely important on a project like this,” said Project Manager Brian Dayton. “We have had to map out with the district exactly where we will be at all times since safety on the job site is our number one priority, with students attending school while the project is under construction. The project will be entirely fenced off from student areas and it should be a very beneficial addition to the school when complete.”

Dorris Intermediate School is one of five school-related construction projects Holland is currently working on in the Metro East. The construction company is also managing projects for Caseyville, Sparta and Redbud school districts, as well as a project for Southwestern Illinois College in Belleville.

The architect on the Dorris Intermediate School project is FGM.