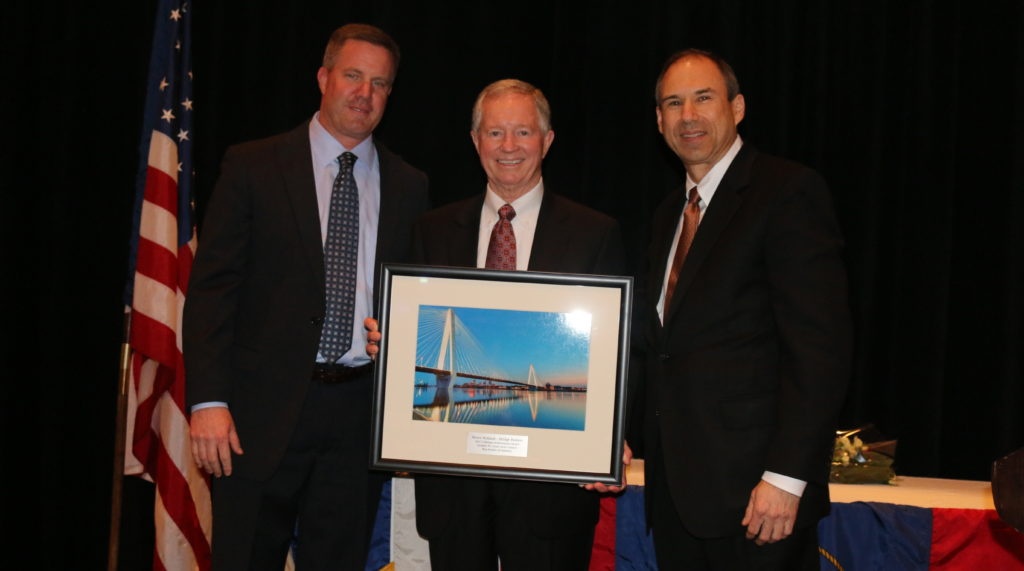 Bruce Holland, CEO of Holland Construction Services, has been awarded with a Lifetime Achievement Award by the Greater St. Louis Area Council, Boy Scouts of America. Holland was honored during the Distinguished Citizen Dinner at the Four Points by Sheraton on April 13.

More than 300 family members, friends, colleagues and supporters turned out to recognize Holland as a community leader who has provided significant service and leadership to Scouting and the community. The event also helped raise more than $70,000 for local Scouting.

Bruce serves in leadership roles on numerous boards and committees to promote the development and growth of the St. Louis region, including the United Way of Greater St. Louis, St. Louis Regional Chamber, the Regional Business Council, and the Leadership Council Southwestern Illinois.

Passionate about his professional career, his family, and his community, Holland resides in Belleville with his wife and has two sons, a daughter, and six grandchildren.