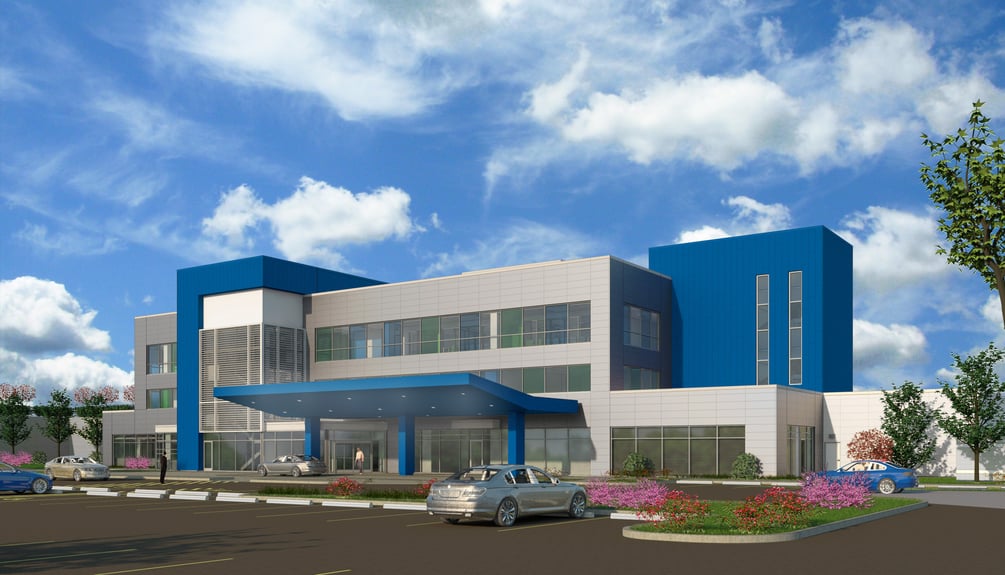 BJC HealthCare is making it easier for St. Louis Children's Hospital patients and their families to get convenient care in South County.

BJC, in partnership with Washington University, will open St. Louis Children's Hospital Specialty Care Center at 5114 MidAmerica Plaza — near I-55 and Butler Hill Road — in February 2021, officials said. BJC declined to share a cost for the project. Holland Construction is serving as the general contractor and Archimages is the architect.

The South County facility, which will encompass 77,000 square feet, will feature accessible parking and a variety of services, including: outpatient surgery, imaging services, therapy services, infusion services, laboratory services, a pharmacy, safety stop (child and home safety services), snack bar/coffee and outpatient clinics. This is the second specialty care center for Children's Hospital, the first opened its doors in 2015 at 13001 N. Outer 40 Road in Town and Country. Officials said the location has served thousands of patients since it opened.

Health care competition continues to heat up in South County. This month, Mercy opened its fourth clinic in the area over the past year. The latest is Mercy Clinic Primary Care – Oakville, a 5,797-square-foot facility located at 5758 Telegraph Road, which provides services for children and adults. Also in November, SSM Health Cardinal Glennon Children’s Hospital completed a new, $9.25 million facility at 13000 Butler Crest Drive that houses a variety of pediatric specialty health care services.

The health system, which operates 15 hospitals including its flagship facility at Barnes-Jewish Hospital in the Central West End, reported 2018 revenue of $5.3 billion.

As published in the St. Louis Business Journal November 2019 by Veneta Rizvic.