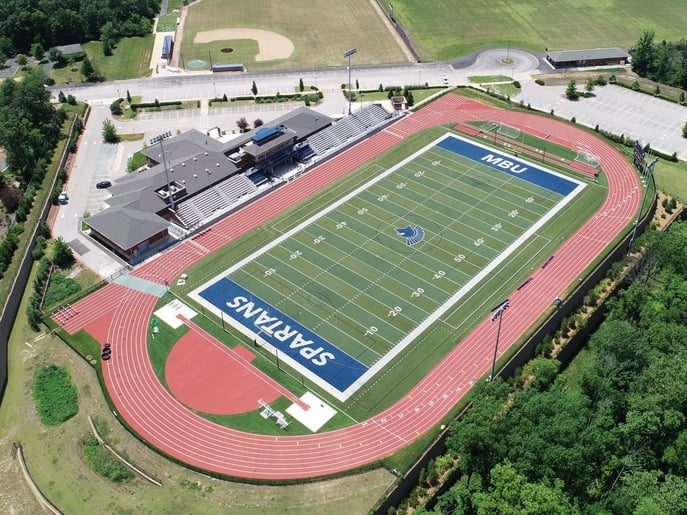 Senior Vice President of Business Affairs at Missouri Baptist University, Ken Revenaugh, said MBU has worked with Holland on more than six projects over the last ten years, including a $1.2 million remodel of the University’s Jung-Kellogg Library, and they have proven their value to the school.

“Holland’s value engineering has been very appreciated,” said Revenaugh. “Almost all of our projects have been design/build which means we are designing efficient, economical systems from the beginning. On each project, Holland and the design team worked together and when the budget or design plans conflicted with each other, they found innovative ways to resolve it.”

Holland worked in conjunction with Ittner Architects and a design/build team comprised of Jarrell Mechanical Contractors, Finch Plumbing, Excel Fire Protection and Kaiser Electric on the expansion. Holland Senior Project Manager, Rob Ruehl, said his team has been involved in the project since Phase 1 began six years ago.

“We were part of this project in 2014 when the University first announced it was launching a football program and broke ground on the initial practice field and football facility,” said Ruehl. “Between the additions to the field house, the sports field lighting and the bridge system, there were a variety of construction elements involved in these renovations. It’s exciting to see the stadium fully completed in a way that both fans, students and university leaders can all enjoy.”